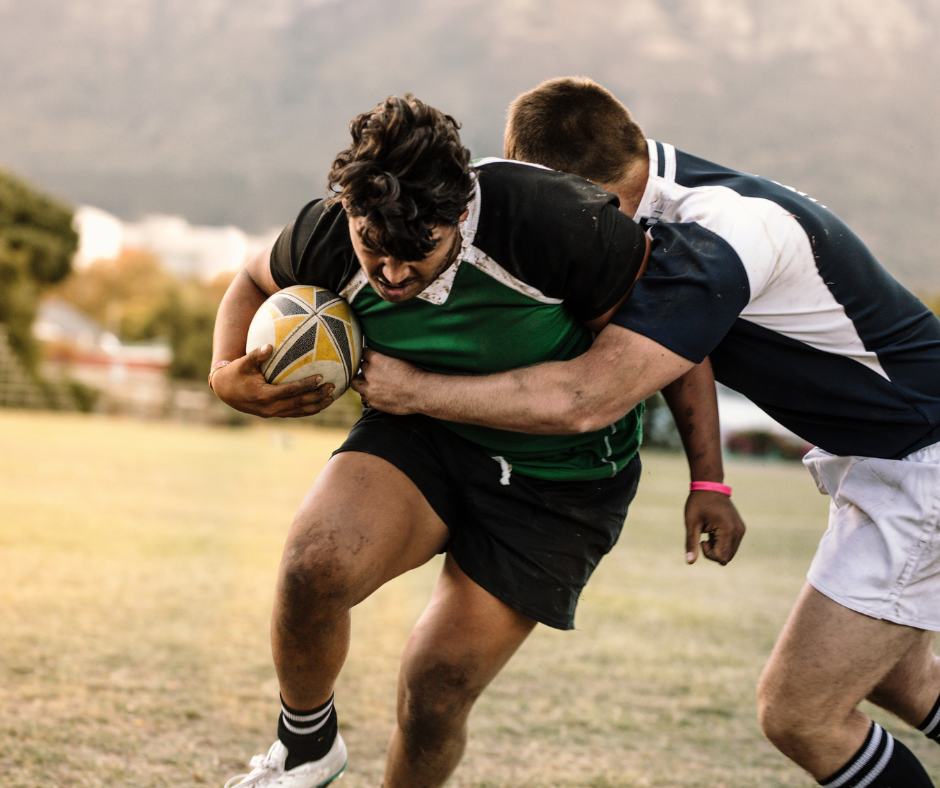 Prominent in the news recently are the stories of several former elite level rugby players suing the RFU for brain damage following repeated concussions from playing the sport. Most notably Steve Thompson, a member of the World Cup Winning Squad in 2003, who says he cannot remember any of the games he played in.

A study published in the Journal of the American Medical Association (JAMA) in 2017 found Chronic Trauma Encephalopathy (CTE), a progressive degenerative brain disease, in 99% of autopsies conducted of former NFL players. The battles to identify the links between American football and CTE are dramatized and well depicted in the 2015 film Concussion starring Will Smith.

The studies go on to state that in the belief of those conducting them, CTE is caused by repetitive brain trauma, including both injuries that cause concussion and those that don’t. They are also unable to state the number of or type of hits to the head that cause this degeneration of the brain.

Whilst concussion is a measure that an impact to the head may be serious, and recognising the signs and symptoms is important, it cannot be overstated that just because there are no signs or symptoms that an injury to the head is not serious.

What Is A Concussion?

A concussion occurs when the head is moved or struck violently causing the brain to impact the skull. Concussions can also occur from a fall. After a concussion, some people lose consciousness for a short time, however most concussions do not result in a loss of consciousness, or the symptoms may be delayed. It is important to remember that all head injuries need to be taken seriously. More serious injuries to the head include Compression and Skull Fractures.

Compression is where pressure is put on the brain inside the skull. This can be because of an internal bleed leading to a more serious and worsening impact on the casualty. This could be from a blow to the head or a fall but could also be due to a tumour on the brain. This is a life-threatening condition and needs urgent medical help.

How Do The Symptoms Of Concussion And Compression Differ? 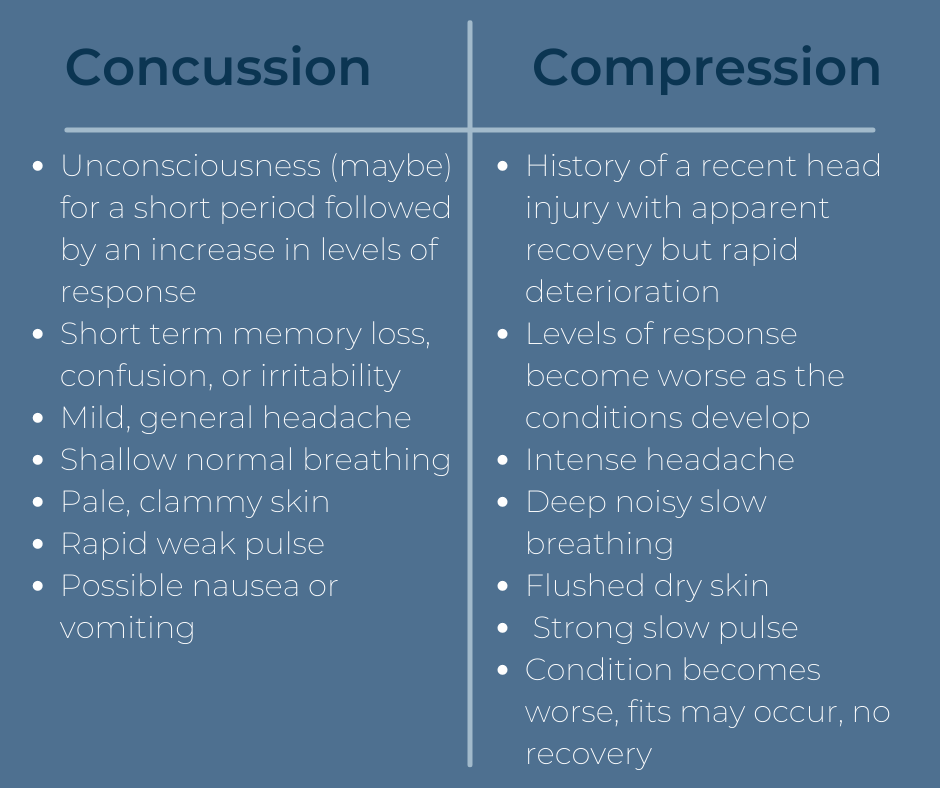 Signs of a concussion can include:

Signs of compression can include: 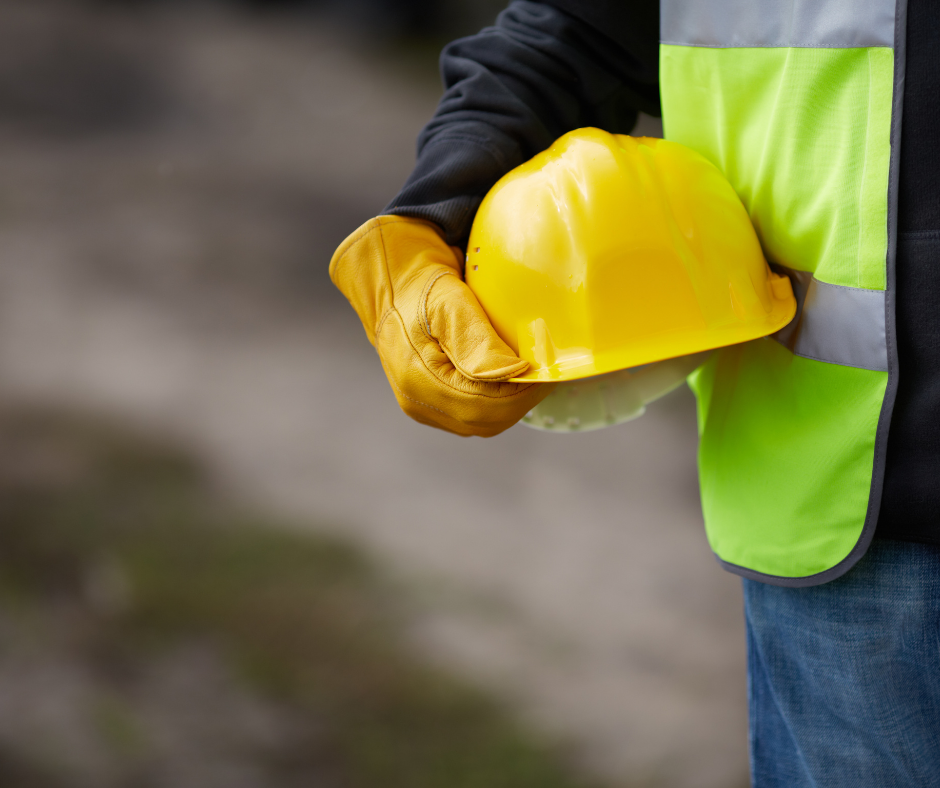 In the work environment being able to recognise these signs and symptoms, especially if working in construction (where the risk of a head injury is higher than perhaps someone in an office role) is key.

After any blow to the head, the casualty should be monitored for a period of time with medical assistance being requested if you are in any doubt as to the seriousness of the condition. Immediate medical assistance is always required for a suspected Compression.

Skull fractures are, as the name implies, is a break in one or more of the bones forming the skull. With a skull fracture there will be evidence of head injury, this could be from a fall, a motor vehicle accident or being hit by an object. The casualty may be unconscious.

A wound is likely to be visible with a soft area or depression of the scalp. Straw coloured fluid may be coming from the ears.

If you suspect a skull fracture, try not to move the casualty unless their airway is compromised, and call 999 or 112 for immediate medical assistance.

It is essential that all head injuries are taken seriously, and being able to identify the types of head injuries can help the casualty get the treatment they need. We offer First Aid training that can prepare you on how to help your colleagues in an emergencies – please get in touch to book your place on this life-saving course!