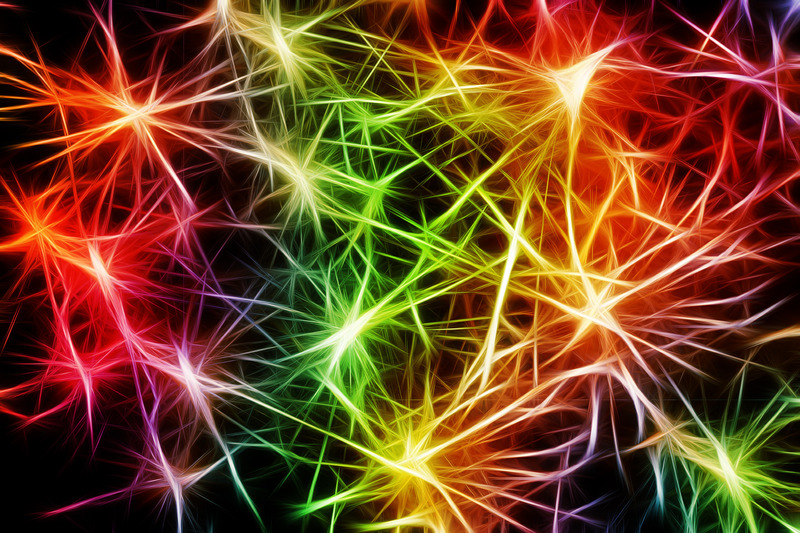 Anaphylaxis is a severe allergic reaction, it can occur when someone is exposed to something they are allergic to (known as an allergen). Reactions normally begin within minutes and progress rapidly, but they can be delayed by up to 2-3 hours. Anaphylaxis is potentially life-threatening and always requires an emergency medical response.

Any allergic reaction, including this most extreme form, occurs because the bodies immune system reacts inappropriately to the presence of a substance it wrongly perceives to be a threat. The symptoms of Anaphylaxis are caused by the sudden release of chemical substances including histamine from cells in the blood and tissues where they are stored. Minute quantities of the allergen can cause a reaction as the mechanism is so sensitive.

The UK has some of the highest prevalence rates of allergic conditions in the world, with over 20% of the population affected by one or more allergic disorder. (M. L. Levy, 2004) In addition, allergies seem to be becoming more and more severe; in the 20 years to 2012 there was a 615% increase in the rate of hospital admissions for anaphylaxis in the UK. (Turner, Paul J., et al, 2015) 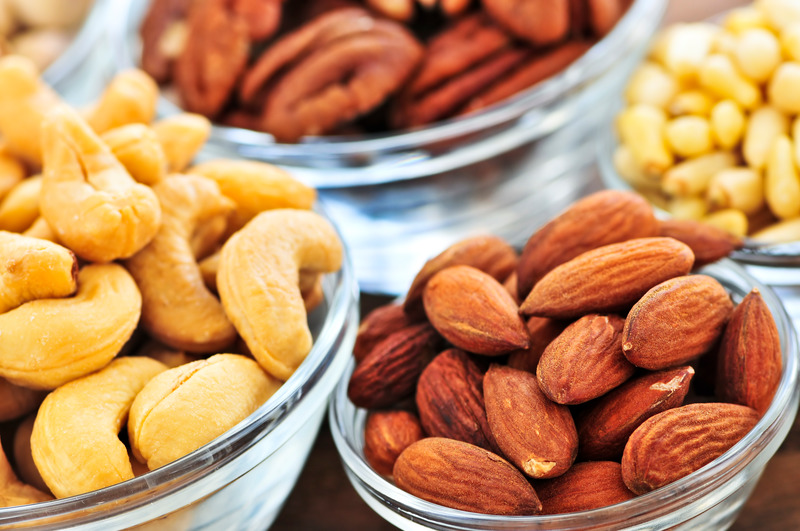 Nuts and bee/wasp stings are the most thought of allergen that may cause people to have a severe allergic reaction, but there are many other allergens too: 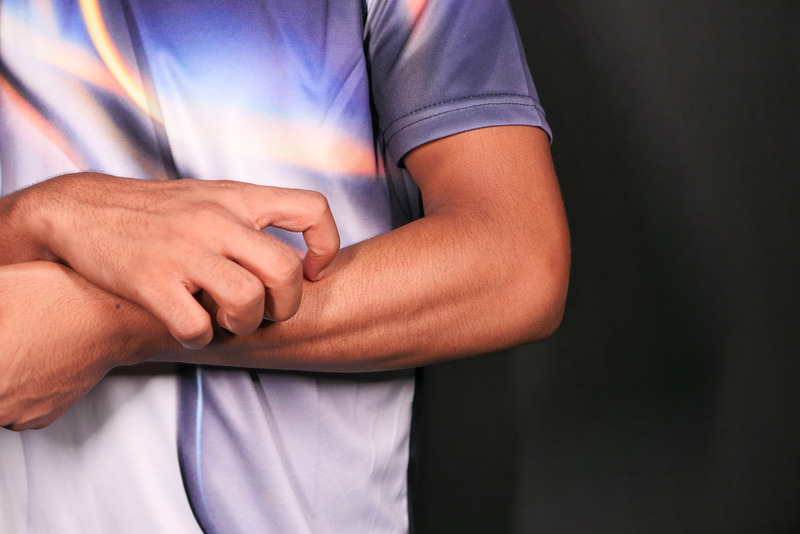 It is important to recognise the symptoms of Anaphylaxis as it can become life-threatening very quickly.

Not all of these symptoms may be present, a person may only experience one or a handful of them.

What Should You Do? 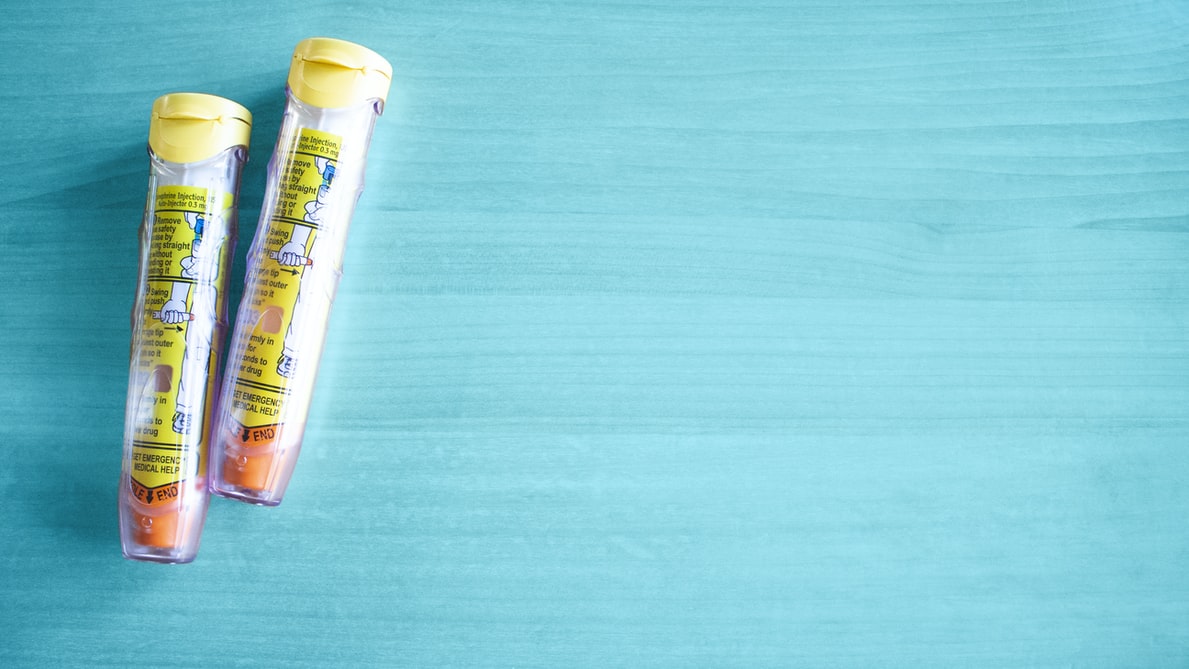 If you recognise these symptoms or the person recognises them in themselves, it’s time to work fast. People who have been diagnosed with the condition should have their own medication on them in the form of an Adrenaline Auto-Injector. Adrenaline is the name used in the UK for the drug within an Autoinjector, Epinephrine is the internationally recognised name.

Adrenaline should be administered by the patient themselves using their prescribed auto-injector. Where they are unable, either due to weakness or unconsciousness, any person can administer it to them to save a life.

The injection is given intramuscularly as this is the safest route and the injectors are designed for use in the upper, outer thigh muscle of the leg. The injection can be administered through clothing if needed. 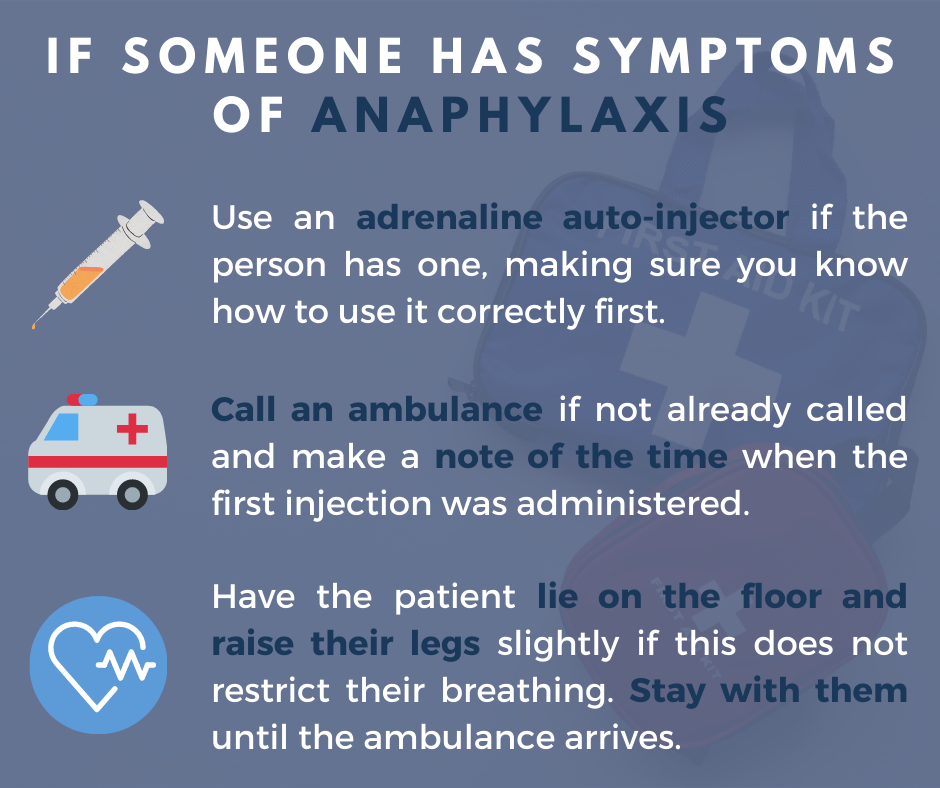 Further information about this condition, including downloadable posters for staff awareness and online training can be found at www.anaphlaxis.org.uk

Life-threatening allergies are becoming more and more common so it is open to know that you would be able to help a colleague if anaphylaxis did occur. If you would like to have First Aid training on this condition or any others, get in touch with us so we can arrange the First Aid course best for you!