‘A lethal substance which can cause crippling illness and bring upon fatal respiratory issues’… sound familiar? While I may not be referencing the Coronavirus, which has swept the globe with devastating effects in the last year, a substance that has been in existence for a much longer period of time, Asbestos, fits the former description like a glove. Often overlooked due to the outright ban on its use in the UK in 1999, alas, hundreds of thousands of buildings conducted prior to the ban continue to be riddled with the 3 most popular types of asbestos; chrysotile, crocidolite, amosite.

The Shocking History of Asbestos

Whilst it may be surprising to hear that a substance as deadly as Asbestos was used widely throughout the construction industry until 1999, its prohibition was a welcome decision. In the 1920s, the UK imported around 21 thousand tonnes of asbestos per year, and by 1950 we were importing over 100 thousand tonnes a year, which grew to 170 thousand tonnes annually in the ’60s. Due to the delayed effect of the asbestos fibres on the human respiratory system, by the late ’80s, the pressure was mounting for a ban. To further emphasise the level of incognizance the country had towards Asbestos, the potential effects of exposure to the substance were first brought to the attention of the government in 1907 and unfortunately fell upon deaf ears. To this day, over 5000 people die every year because of respiratory conditions brought on by asbestos, such as Mesothelioma, Asbestosis and Lung Cancer; lives that could have been saved by an earlier ban. 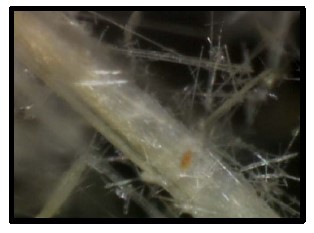 Thankfully, unlike COVID-19, the damage Asbestos can cause can be easily prevented assuming the correct steps are taken. In many circumstances, it is a legal requirement under ‘The Control of Asbestos Regulations 2012’ for premises built before the year 2000 to undergo an Asbestos Survey before they are subject to any refurbishment or structural work. This helps ensure that the management of Asbestos can be controlled during works, by either avoiding disturbing it or having it professionally removed. Asbestos fibres are so small that their size means they are impossible to detect with the naked eye, and rather ghoulishly, they embed themselves deeper into a person’s lung tissue with every breath they take due to their microscopic dimensions. Due to the danger posed by asbestos, removal of it must be carried out by a licenced removal contractor, however, should unidentified asbestos be encountered and accidentally released during works, it is reportable under the Reporting of Incidents, Diseases and Dangerous Occurrences (RIDDOR) 2013, emphasising the solemnity granted to asbestos.

Despite asbestos being here to stay for at least the near future, we have developed ways of controlling the risk. An operative not trained in Asbestos Awareness who has the possibility of encountering it during their works would not only put their employer in breach of the aforementioned regulations but would also put the operative at risk of potentially catastrophic irreversible health costs.

WA Management offer ‘Asbestos Awareness’ E-Training which can ensure you or your employees understand what asbestos is, what types are commonly encountered and how to ensure competence when dealing with the risks associated with Asbestos, especially in the case of accidental disturbance.

The potential benefits of this course cannot be overstated, therefore, for this month only we are also offering 10% of the course with the code ‘Asbestos10’!