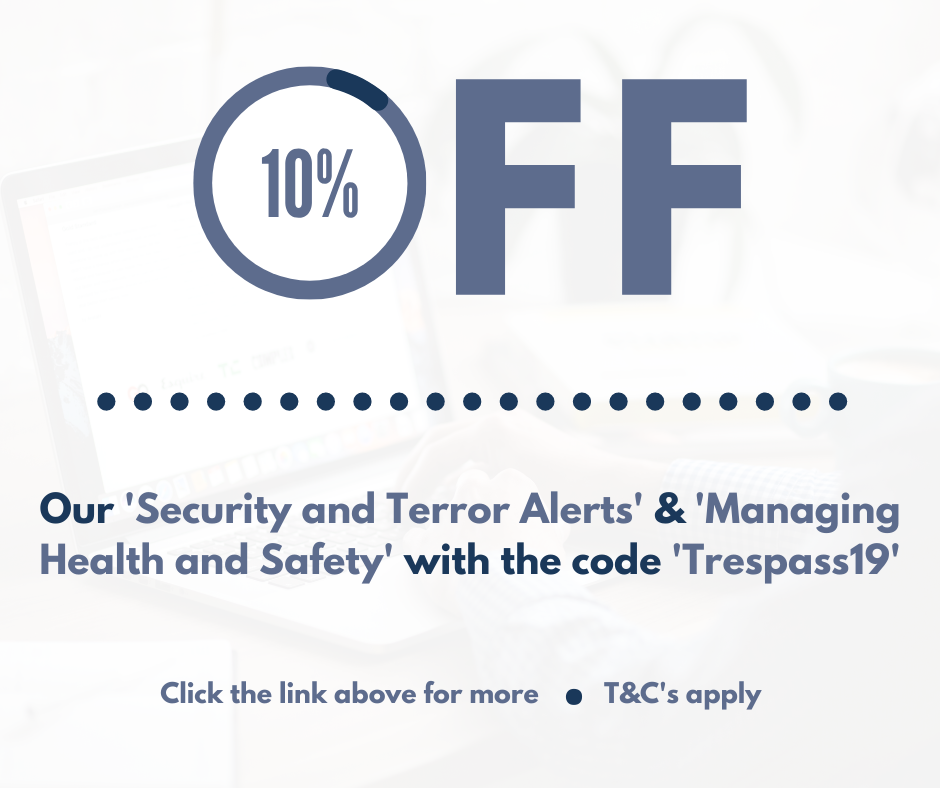 This year, we have chosen our December Hazard of the Month to be Trespassing, in honour of our favourite Christmas visitor! Whilst we welcome Father Christmas dropping down our chimneys, for building and construction sites unauthorised visitors can be at risk of accident and injury. While the numbers of children being killed or injured on construction sites have reduced, there is no room for complacency. Each year, two or three children die after gaining access to building sites, and many more are injured. Other members of the public are seriously injured by:

Fear not however as our Research Blog explains the dangers that can face unauthorised visitors to site and how you can manage these hazards, as well as the story of St Nick’s first drop down the chimney!

In addition, we have a selection of online training courses to help keep your site safe but to prevent and manage the case of a trespasser on-site, we are offering 10% OFF our ‘Security and Terror Alerts’ and ‘Managing Health and Safety’ online training courses with the code ‘Trespass19’! Don’t miss out on this amazing offer and the chance to expand on your Health & Safety knowledge! 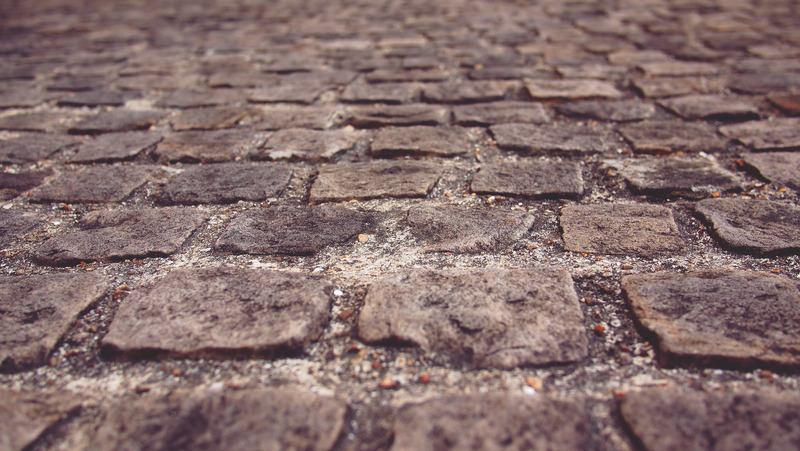 Hampshire County Council has been fined after a six-year-old girl playing on an unsecured street bollard suffered a life-changing head injury. She had climbed onto the cast iron hinged bollard on Quay Hill, a cobbled pedestrianised street when the bollard fell to the ground taking the child with it. As a result, she suffered serious, life-changing head injuries that were initially life-threatening and spent six months in hospital in a critical condition. She survived but the extent of her brain injury will not be fully known until her brain has matured. An investigation by the HSE found the bollard, which weighed approximately 69kg, was damaged and not appropriately secured. This matter had been reported to Hampshire County Council prior to the incident and monthly scheduled inspections had failed to identify this. The investigation also found insufficient information, instruction and training were provided to the council’s highways department personnel conducting ad hoc and monthly inspections, and the inspection guidance was misleading. Hampshire County Council was found guilty after a trial of breaching Section 3(1) of Health and Safety at Work etc Act 1974 and has been fined £1.4m and ordered to pay full costs of £130,632.

The retailer Halfords has been fined £200K after breaching a number of health and safety provisions following an accident in which an employee was injured. The incident occurred on 11th December 2016 after an employee was asked to move some bike boxes to put with a total of 72 boxed bikes that had been delivered to the store the previous day; they had been stacked two or three high on their narrow ends. There was a variety of sizes of bikes, each weighing between 10-20 kg. No supports had been used to secure the bikes or to prevent them from toppling over. Whist removing a boxed bike from the stack, some of the boxes fell forwards onto other boxes causing a domino-type effect, resulting in the employee being pinned to the wall by a number of heavy boxes. They fell on his chest resulting in him struggling to breathe but luckily he managed to call to a colleague who helped to free him. It was later learnt that the employee had suffered a suspected cracked rib. An investigation by Health and Safety inspectors from Preston City Council revealed that there were a number of failings, including failing to:

It was found during the investigation that the store was overstocked by 91 bikes and the bike storage areas were overcrowded.

This was not the only incident however as it was also discovered that Halfords Ltd had not learnt from past incidents in Hemel Hempstead, Letchworth Garden City and Blackburn stores and had failed to implement recommended control measures. As a result of these short-comings, Halfords Ltd was fined £200,000 with costs of £13,286.35 and a victim surcharge of £120.

Read more on the case from the SHPOnline.

Protecting The Safety of People With Disabilities 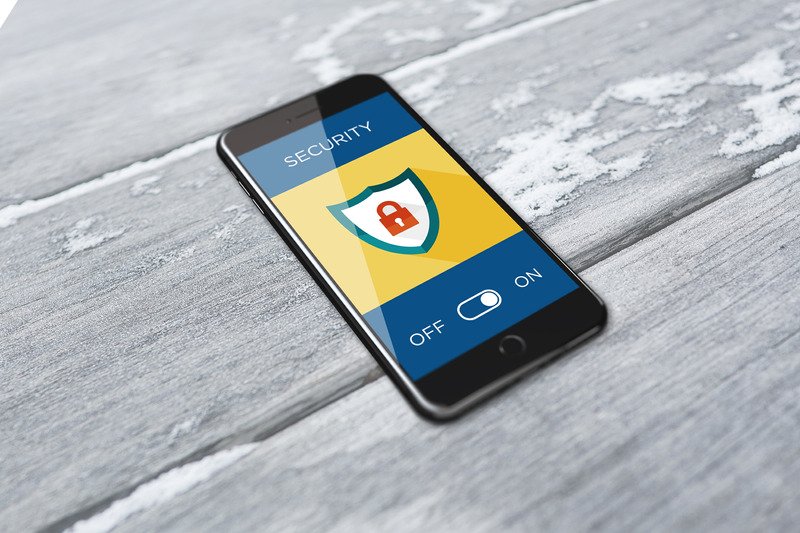 Dennis Fowler, the Director of Health and Safety Services at the University York, has spoken to IFSEC about the importance of improving security and safety provision for more vulnerable members of the community. For all staff and security teams, there is a legal, duty of care obligation to ensure that help is accessible to people with disabilities when they need it, in accordance with the UK’s Equality Act. In this context, disability is any condition that might affect a person’s capacity to evacuate to a safe place, to call for help or to follow safety instructions during a fire, natural disaster, malicious attack or any other emergency incident. The list of such conditions is long; it covers impairments to mobility, vision, hearing, cognitive functions or the ability to communicate. The University of York has focused on three particular challenges:

They have addressed this by implementing the SafeZone solution from CriticalArc. Among other things, through this app safety teams can send out emergency notifications to the user’s smartphones, which is useful for those with hearing impairments who may not hear alarms but are more likely to have their phones on them at all times to receive this notification. Users can also raise an alert with the touch of the button on their phone, instantly relaying their identity and precise location to the security team, which could be crucial if someone with mobility issues is unable to evacuate in an emergency.

To learn more about this innovative approach, you can read the rest of the article at SHPOnline.

A water and wastewater company has been fined following an incident in which three workers were carried along a sewer following the collapse of a 150-year-old sewer gate.  On 29th August 2017, three workers were carrying out preparatory work in a sewer for the Thames Tideway Tunnel at East Greenwich, which is controlled by Thames Water Utilities Limited (TWUL). A 150-year-old cast iron penstock failed, engulfing the workers and carrying them along the sewer. Due to an unrelated planned power outage, sewage pumps vital to the control of sewage levels for the work being undertaken at East Greenwich were not available for use which resulted in the failure. The three workers suffered minor physical injuries but have been mentally affected. One worker has been treated for the long-term traumatic stress because of the incident which has prevented him from continuing work in his specialised career. An investigation by the HSE found that TWUL had planned individual work activities but failed to properly coordinate these as the permission and authorisation system was fragmented. The company had no effective means of collating, comparing and adapting to the impact of multiple work activities. The company pleaded guilty to breaching Regulation 3(1)(b) of the Confined Spaces Regulations 1997 and was fined £300,000 and instructed to pay costs of £16,419.