New Hazard of the Month for October 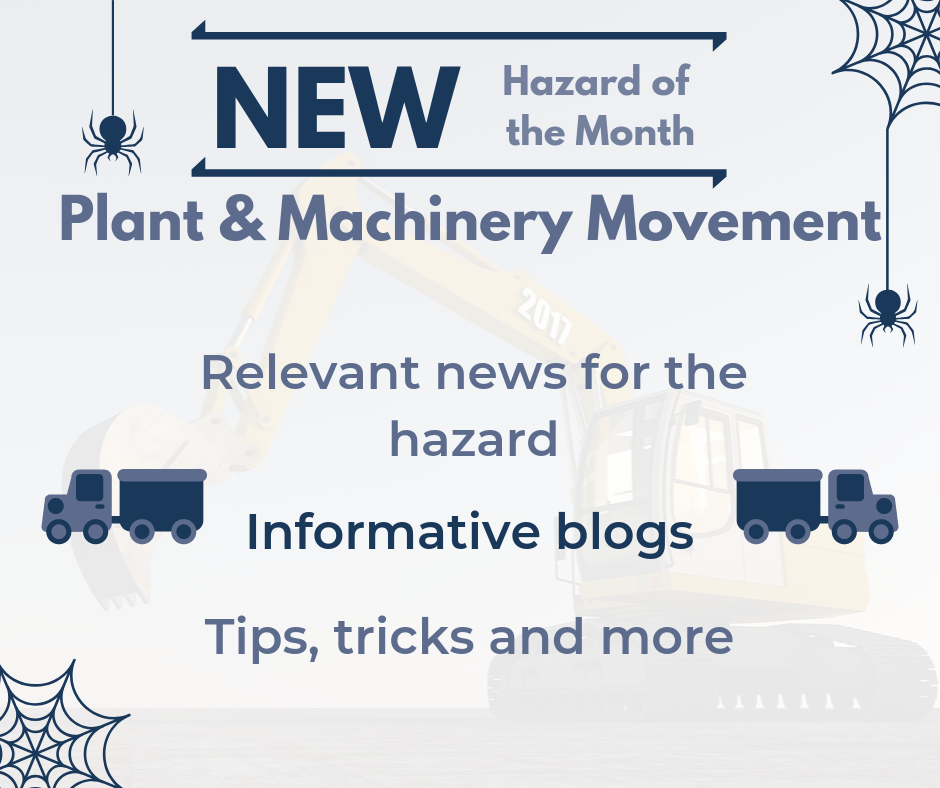 Whilst it may not quite match the spookiness that characterises this month, our new Hazard of the Month, Plant & Machinery Movement, promises to deliver a multitude of resources, tips and tricks to help keep your site safe. Plant is machinery that processes material by way of a mechanical action which:

Plant also includes lifts, cranes, tractors, earth moving equipment, pressure equipment, hoists, powered mobile plant, plant that lifts or moves people or materials and more. We are focusing specifically on the movement of this equipment around a site in terms of controlling its traffic as it can be fatal if not carried out safely and correctly.

To learn more about this hazard, make sure you follow our social media accounts closely throughout October to read tips and tricks about how you can protect your workers, as well as research blogs designed to take a more comprehensive look at the risk. Click the links below for our social media pages and click HERE for our contact details:

A packaging manufacturing company, Saica Pack UK Limited, has been sentenced after a worker suffered life-changing injuries due to a crushing incident involving an automated transfer vehicle. On 5 September 2017, the employee was walking along the factory floor when his leg became trapped between an automated vehicle and a conveyor at the company site in Hartlepool. An investigation by the HSE found that they had failed to assess the risk of injury from contact with the transfer cars until only a month prior to the incident, despite having owned the site since 2008. An assessment which was carried out by an external consultant and given to the company in August 2017 highlighted how the company had failed to ensure that their ‘group wide’ standard was adopted at the Hartlepool site and very little had been done to control the risks associated with the transfer cars. The company pleaded guilty to breaching Section 2(1) of the Health and Safety at Work etc Act 1974 and was fined £60,000 with £1512.89 in costs.

Working At Height Incident Results in £120,000 Fine for Chemicals Firm 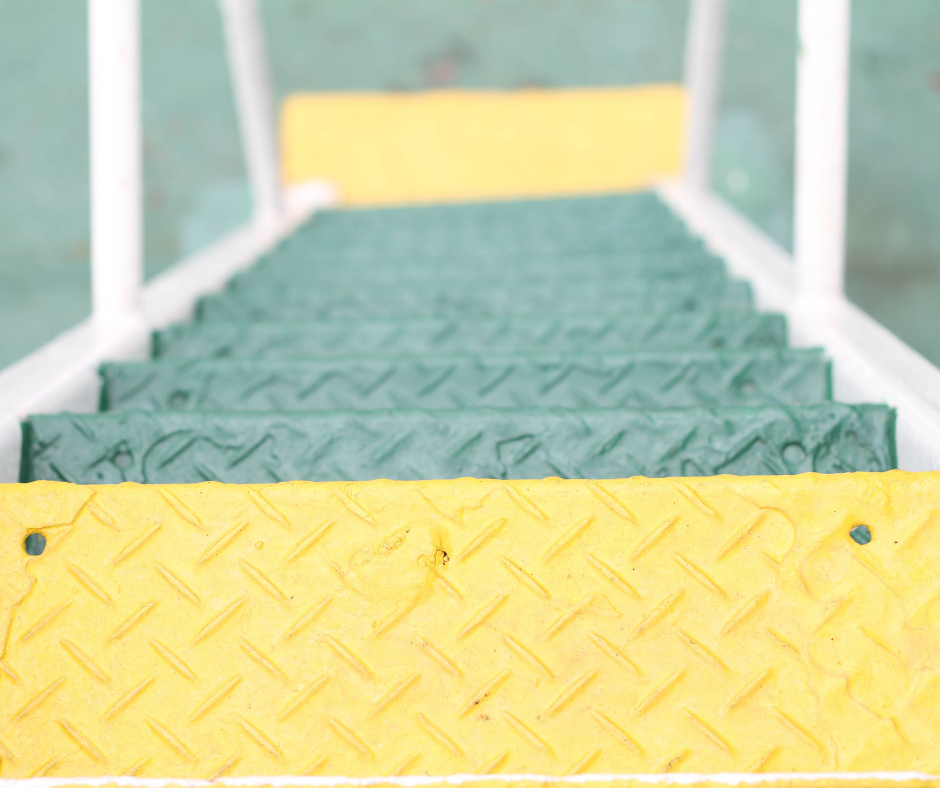 An employee has suffered serious injury to his elbow after falling two metres from a ladder. The employee was using a ladder to inspect a steam leak at height when the ladder failed and the employee fell to the ground. The HSE investigation revealed that the company had failed to ensure that the work at height was properly planned and managed and that the equipment was provided for use at height was inspected at regular intervals and was fit for use. As a result, the company was fined £120,000 with £5,155.80 in costs. After the hearing, HSE Inspector Carol Forster said: “Work at height accidents are one of the main causes of occupational injury and death. Employers should consider if working at height can be avoided and, if work at height is undertaken, it should be properly planned and managed appropriately and all equipment should be fit for purpose.”

Read more from the SHPOnline HERE. 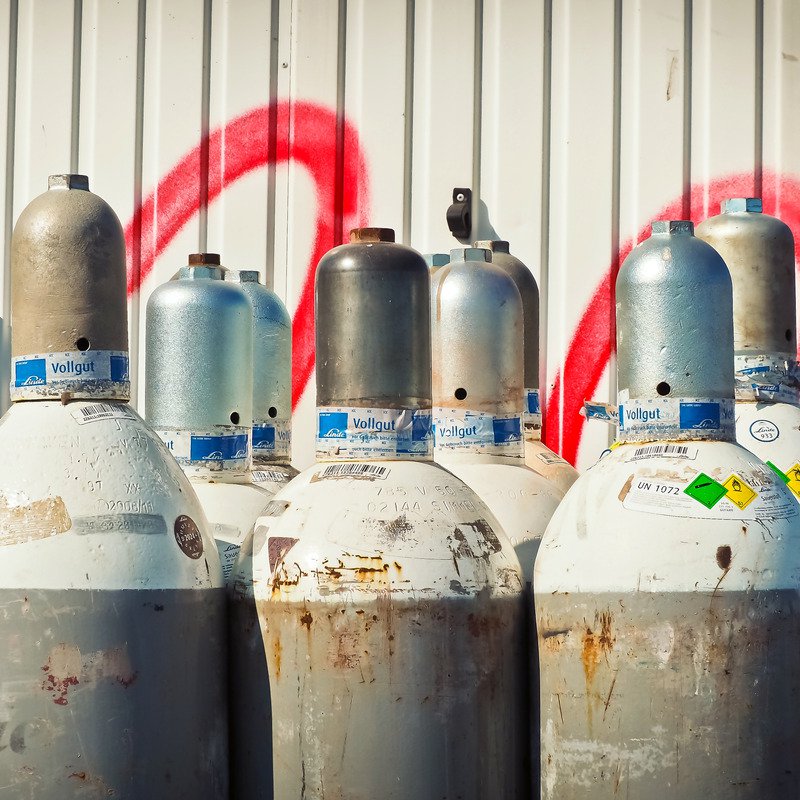 Anthony Lord, trading as Lord HBA, has been sentenced after the HSE found him guilty of carrying out unsafe gas work whilst also not being gas safe registered. He completed this gas work at two premises in Bolton which when visited by a Gas Safe inspector was deemed immediately dangerous after he found a gas escape as well as numerous faults on ventilation and extraction systems that were deemed “at risk.” The HSE then found Lord’s gas safe registration had ended approximately 12 months prior to the work being carried out. He had also continued to use his previous employer’s registration details on gas inspection paperwork, which he was not entitled to use. As a result, he was found guilty of breaching the Gas Safety (Installation and Use) Regulations 1998. He was sentenced to a 10-month custodial sentence, a two year suspension, 210 hours of unpaid work and 20 days of rehabilitation activity.

Read more from the SHPOnline HERE. 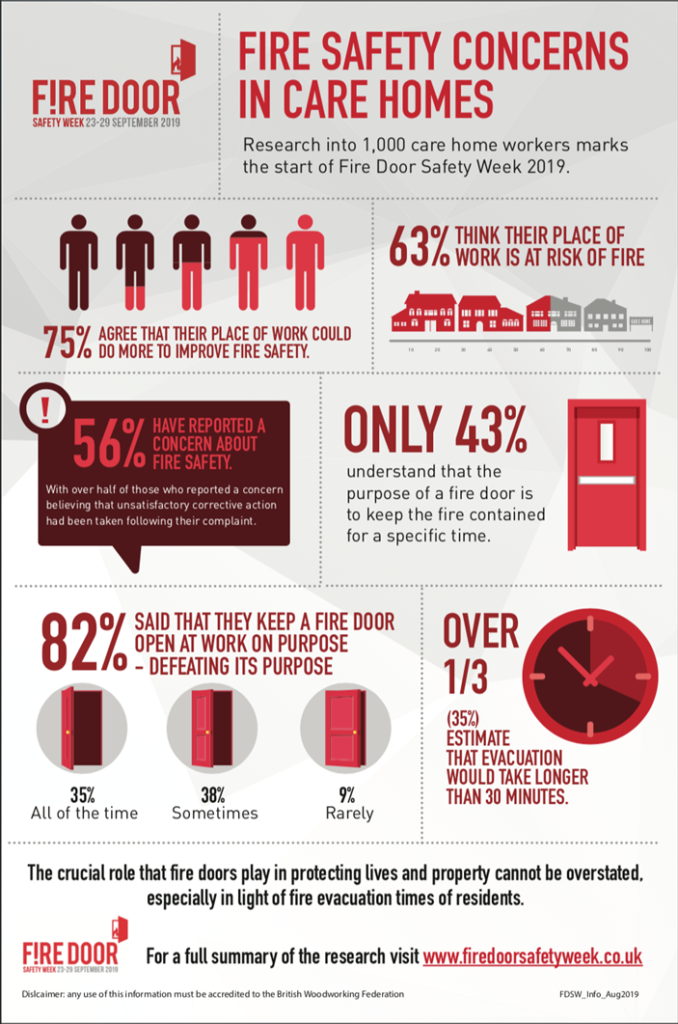 A survey of 1000 former and current care home employees carried out as part of Fire Door Safety Week has revealed some insightful statistics about fire safety in care homes.

Helen Hewitt, Chief Executive of the British Woodworking Federation, which organises Fire Door Safety Week remarked “These highly concerning findings underline how crucial fire safety is, and the fundamental role that fire doors play – especially so in light of recent instances of damaging care home fires which have threatened the lives of residents.”

Read more about the statistics and the importance of Fire Doors HERE.